Chronic illnesses are health conditions with symptoms that persist for more than three months. Vaccines or medicines cannot prevent or cure these long-term diseases. Their symptoms, however, could be eased by medication and, most certainly – medical marijuana.

These health conditions mostly affect the aging population, although some can also impact people in other age groups. Living with a chronic illness is uncomfortable, distressing, and sometimes excruciatingly painful. Instead of suffering from low quality of life, patients can turn to marijuana, and here is what science has to say. Of concern, at the end of this article, is if it is a viable cure or an alternative means of reprieve.

Marijuana’s therapeutic properties are no longer a myth – as confirmed by research and clinical trials. It can alleviate all sorts of discomfort from chronic pain, nausea, and vomiting to seizures and inflammation due to the abundance of cannabinoids, terpenes, and flavonoids. More importantly, this all-natural medicinal plant exerts fewer side effects than prescription medications, making it an attractive alternative to managing chronic illnesses.

Cancer is an aggregate of diseases characterized by the uncontrolled growth of abnormal cells. As these malignant cells increase in number, they eventually form tumors that infiltrate and destroy healthy cells in the body.

Globally, cancer is the second leading cause of death, primarily because there is no cure. Despite claims, marijuana is also NOT a cure. It can, however, help with prevention, early detection, and is used as a treatment aimed at purging cancerous cells while alleviating accompanying symptoms.

On top of that, medical cannabis shows promising anti-cancer effects, mainly by acting on three mechanisms:

Slows down or inhibits cancer cell proliferation. Cannabidiol (CBD) has potent anti-proliferative properties. It helps decelerate the progression of cancer by slowing down (or even inhibiting) the rate at which cancer cells multiply. The exact mechanism on how CBD does that is still up for debate. Some studies suggest that it deactivates the ID-1 gene, which is responsible for the spread of malignant cells in patients with breast, prostate, brain, and cancers involving high levels of the ID-1 gene.

Promote autophagy and apoptosis. THC and CBD can promote autophagy (cell-mediated destruction or self-eating of cancer cells) by stimulating the p8-regulated pathway. They also stimulate apoptosis (programmed cell death) via the selective activation of CB2 receptors in the endocannabinoid system.

Acts as anti-angiogenic and anti-metastatic agents. Cannabis inhibits angiogenesis (formation of new blood vessels), which effectively cuts off the supply of oxygen and nutrients in tumors. It also halts metastasis (spread of cancer cells from one site to another) and invasion of carcinogenic cells to prevent the spread of the disease within the body.

The human immunodeficiency virus is a sexually-transmitted virus that attacks and compromises the immune system. Hence, making the patient more vulnerable to diseases and infection. When left untreated, HIV can progress to a potentially life-threatening chronic condition called acquired immunodeficiency syndrome (AIDS).

To date, there is no known cure for HIV/AIDS. Antiretroviral drugs, however, can help people living with HIV (PLHIV) manage the symptoms and slow down its progression. These medications do come with a plethora of unpleasant side effects that impact the quality of life negatively.

Medical marijuana is known for its immense health benefits and lack of severe adverse effects. Studies suggest its ability to soothe various debilitating symptoms, some of which may be related to HIV/AIDS:

Apart from symptom relief, marijuana also helps facilitate adherence to antiretroviral therapy (ART), which is vital in ensuring the successful management of HIV infection. More importantly, THC has the potential to slow down the progression of AIDS/HIV infection through its immunomodulatory, anti-neuroinflammatory, and anti-viral properties.

Despite such promising findings, bear in mind that controlled studies examining the impact of prolonged cannabis use on overall HIV progression are still lacking. Hence, it is too early to conclude whether marijuana use improves clinical outcomes for PLHIVs. One thing is for sure, though: such potential leads warrant further research.

The neurons in our brains communicate with each other by alternately firing electrical impulses called action potentials. However, in patients with epilepsy, a large group of neurons become overly excited and fires in an abnormal, synchronous manner. The overstimulated motor activity, as a result, produces the characteristic jerking and involuntary movements of an epileptic seizure. In some instances, these convulsions result in periods of abnormal behavior and momentary loss of consciousness.

There is no known cure for epilepsy and seizures, but there are ways to manage or control the episodes. The most common method is to take prescription anti-epileptic drugs, which work 70% of the time. However, these medications are also rife with unpleasant side effects such as depression, drowsiness, irritability, nausea, rashes, and occasionally, it may even increase the frequency of seizure attacks.

As for the 30% of patients who do not respond to traditional medications, medicinal marijuana poses as an effective alternative. Cannabidiol (CBD), in particular, demonstrates potent anti-convulsive properties that could reduce the frequency of convulsive seizures. However, its precise mechanism of action hasn’t been ascertained yet. At any rate, it is well-tolerated by the body. It has a safer drug profile than most prescription medications, so it is mostly devoid of adverse effects when dosed properly. There is also no need to worry about getting high because CBD is a non-psychoactive organic compound.

Diabetes is a chronic condition characterized by abnormally high levels of blood glucose (hyperglycemia). Usually, the amount of sugar in the blood is strictly regulated by insulin – a hormone produced by the pancreas. Problems arise when there are defects in insulin secretion, or its action, or both.

This condition can be categorized into two types:

When left untreated and unmanaged, diabetes mellitus (a general term for type 1 and type 2 diabetes) can cause severe complications such as follows:

There is no cure for diabetes. And since it is a chronic condition, although it can be managed with maintenance medications, it lasts a lifetime. To cope and ease comorbid symptoms, patients can try medical marijuana. After all, cannabis is known for its numerous medicinal benefits. For instance, THC proves to be effective in soothing painful diabetic neuropathy. It could also remedy nausea, vomiting, sleep disorders, and glaucoma, which are among the most commonly reported symptoms of patients with diabetes.

In addition to symptom relief, medical marijuana also shows potential in decreasing the prevalence of diabetes mellitus, as reported by a cross-sectional study in 2012 involving 10,896 human subjects. Although marijuana’s exact mechanism of action has yet to be determined, researchers think it improves blood glucose control and reduces insulin resistance.

As with all other medications, cannabis is not devoid of potential risks and side effects such as follows:

Although these side effects are typically minimal compared to those triggered by prescription medications, it is still worth noting that certain conditions predispose the user to a greater, potentially life-threatening risk.

Dosing on marijuana is not generally recommended for those with cardiovascular diseases. After all, it can trigger tachycardia and lower blood pressure, sometimes to dangerously low levels. In addition, cannabinoids may also cause drug interaction when dosed by patients taking certain prescription medications. As such, it is essential to consult your physician first before incorporating marijuana in your treatment regime.

The Quest for Meeting the Gold Standard

Medical marijuana’s ability to relieve debilitating symptoms has significantly improved the quality of life of thousands of patients battling chronic diseases. This notion is supported by scientifically-driven data, and not merely by word of mouth. However, some people continue to be skeptical – and rightfully so, the research on marijuana and its long-term effects on the human body is still in its infancy. There is still a need for further controlled studies in human subjects that are large-scale and randomized to meet the “gold standard” and discover the full extent of the herb’s potential. 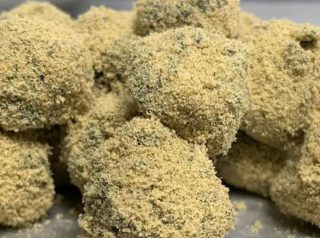 For first-time growers, the correct equipment can reduce the burden of growing cannabis for the first time.