MENUMENU
Home » All articles » Medical » The Benefits of Cannabis for Treatment of Epilepsy: A Comprehensive Guide

The Benefits of Cannabis for Treatment of Epilepsy: A Comprehensive Guide

Cannabis has been used for medicinal purposes for centuries, dating back to ancient China. In recent years, it has been used as a treatment for epilepsy.

The cannabis plant contains a variety of compounds called cannabinoids. The two most well-known are tetrahydrocannabinol (THC) and cannabidiol (CBD). THC is the psychoactive compound that causes the “high” in marijuana use, while CBD does not cause any psychoactive effects.

In some people with epilepsy, cannabis can reduce the number of seizures they have by half or more. We have talked to a few experts in the field in order to give you a deeper understanding of using cannabis as medicine for treating epilepsy.

What is Epilepsy and What are the Symptoms?

Epilepsy is a brain disorder that causes seizures. Seizures are episodes of uncontrolled electrical activity in the brain, which can cause changes in behavior, sensations, emotions, and muscle movements.

The symptoms of epilepsy vary from person to person and depend on the type of seizure. Some common symptoms include:

-Changes in mood or behavior

Cannabis is known to have many therapeutic benefits, but the legal status of cannabis in different countries is not always clear.

In the United States, cannabis is illegal at the federal level and, as such, it is not allowed to be prescribed by doctors or possessed by patients. However, there are 29 states that have legalized medical cannabis use in some form or another. In these states, it can be prescribed by doctors and possessed by patients who have a card from their state’s Department of Health authorizing them to do so.

In Canada, medical cannabis, as well as recreational cannabis, is fully legal. You can search for canadian cannabis dispensary in order to help you find a good dispensary near you. Any adult in Canada can possess up to 30gms of weed legally in this country.

How Does Cannabis Work To Help Treat Epilepsy?

Cannabis has helped many people treat their epilepsy. It is especially great for treatment-resistant epilepsy. Epidolex, a cannabis-derived drug, has been approved by the FDA for the treatment of seizures in patients with Lennox-Gastaut syndrome and Dravet syndrome.

There have been many studies conducted on its efficacy on epilepsy. In these studies, researchers looked at what effects CBD had on people in controlled trials. Each trial used a control group with some participants taking a placebo while others were given CBD at varying doses.

Other benefits of cannabis

Cannabis is a natural remedy that can treat mental health disorders such as anxiety, depression, and PTSD. Cannabis is also used to treat chronic pain and nausea from chemotherapy.

In recent years, cannabis has been studied extensively and more and more people are becoming aware of its various benefits. This trend has led to an increase in cannabis use. Cannabis can be used to help people with ADHD concentrate better or it can be used to help with sleep deprivation by increasing appetite and reducing anxiety.

It is important to know different natural remedies such as cannabis in order to treat epilepsy. Use this article in order to understand how to use it safely in order to benefit your health. 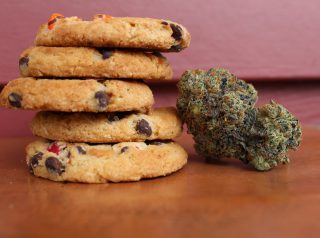 As a medical cannabis user, you will probably know how well this wellness aid works. It relieves pain, alleviates anxiety, … MEDICAL CANNABIS: HOW TO GET STARTED?

Medical cannabis is gaining support from Health organizations in the United States and abroad, including the American Public Health Association, … 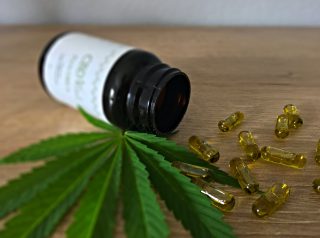 Marijuana Health Benefits You Should Know About

Humans have been harnessing marijuana’s health benefits as early as the third millennium BCE. But it is not until the … How Medical Cannabis Can Ease Aging

Aging is a normal life process, and you have to bear with the implications it brings. You tend to lose …