If you are a marijuana grower or is planning to plant your very own marijuana crops, then there is something that you should get to know. Meet Pythium, a real big bully that attacks the seedling and the seeds. It is actually a parasitic fungus of the roots of the plants and causes the marijuana root rot. It can really be extremely dangerous once it attacks your marijuana plants because it can multiply at a very fast rate.

Pythium damages the plants by releasing microscopic spores to the plants. You have to make sure that you are keeping your plants healthy and strong because this fungus likes to target the weak plants, the ones that are already experiencing health issues like a disease, a nutrient deficiency, stress or any form of damage. That is why this fungus is considered as a big bully because it is picking on the ones that are already weak, the ones it knows it can win from.

What Plants Are Susceptible To Pythium?

Whether you have planted your marijuana crops on the soil in a garden bed or in a container or by hydroponic growing, they can really still be susceptible to the attacks of this parasitic fungus. This fungus can really be anywhere but is also selective of the hosts that it’s going to attach to.

Like all the other fungi, the Pythium survives and spreads faster in a moist soil, in places where the humidity is high, especially where the temperatures reach over a seventy degrees Celsius. This parasitic fungus starts on down below, in the underground. It starts its attack on the roots of the plant and follows the trail of the water that is leading to the root system. It also germinates while it is on its journey.

Once this big bully has gotten a hold of the roots of the plants, it spreads itself using the tissues of the plants and releases resting spores. Then the fungus germinates and that is the beginning of the destruction cycle. By the time that you have noticed that something is wrong with your plant, there are already damages done.

How To Prevent Pythium From Attacking Your Marijuana Plant

In this case, the saying that “prevention is better than cure” really applies. Because this fungus attacks the weak, you need to keep your marijuana plants healthy. Make sure that you water your plants with enough water, try not to over or under water them. Control the fungus carrying pests that are around your plants. Putting a compost fertilizer that is properly aged will really be a huge help because it will create a healthy and a strong foundation for your plants.

Also, allow the upper most layer of the soil where your plants are planted to dry off completely before you water your plants again because this will help keep away the fungus gnat.

If you are using hydroponic system in growing your plants, make sure that you keep your containers and watering system clean at all times since once the fungus infiltrates your plant’s environment, it will spread fast because it tends to move faster in water. There are two basic strains of cannabis: sativa and indica. The former produces a head high and the latter, a … 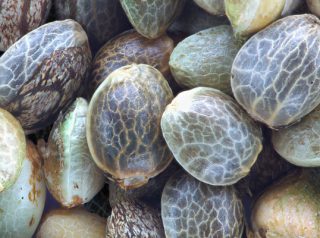 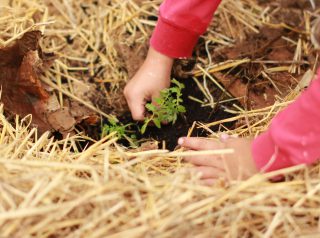 Sometimes, it is not enough that you plant your cannabis plant at the right time, water them religiously, expose them …