How to Smoke Weed Without a Lighter

What if you want to blaze up your joint, pipe, or blunt, but you don’t have a lighter on hand? That’s likely something every marijuana smoker has experienced at one point or another. It may seem like a hopeless situation, but there are actually several clever ways to go about it. Below, we’ve compiled a list of how to smoke weed without a lighter – and these are tricks that many hardcore stoners vouch for.

How to Smoke Weed Even without a Lighter or Matches

If you want to smoke marijuana without a lighter or a match, you have to be resourceful. As it happens, that’s a quality that potheads tend to have in abundance, especially when they’re desperate to have a good smoke. Ultimately, it means rummaging through your home and finding alternative uses for common household items.

Knife hits are also known as hot knifing, spotting, spots, and a wide range of other monikers. Essentially, it’s a consumption method that involves heating two butter knives – or other flat metal objects – until they glow hot red. Once sufficiently baked, the knives can then be used to vaporize the plant matter.

To warm up the knives, you can use a stovetop, blow torch, or other fire sources. Next, place a small amount of marijuana or hash on the tip of one knife. Grab the other knife and smash it against the first one. So, you should have your weed sandwiched between two flaming hot butter knives. Finally, carefully position a soda bottle top over the burning cannabis. Inhale the resulting cloud through the open end of the bottle.

Hot knifing might be low-cost and seemingly crude, but don’t underestimate its effectiveness. Users, in fact, report that this quirky method produces a surprisingly clean burn, as well as more intense psychoactive effects. But, being more potent means that it makes you more at risk of getting a too-powerful, incapacitating high. So, proceed with extreme caution.

In case you don’t know, uncooked spaghetti is a flammable substance. So, if you heat a piece of dry spaghetti over the stovetop, it will catch fire. And once it does, you can use the resulting flame to blaze up your joint, pipe, or even bong. Put simply, it’s akin to using an outsized match or even hemp wick to ignite your smoking paraphernalia of choice.

Alternatively, you can also use a toothpick in place of dry spaghetti. But since toothpicks are short, you’re more likely to burn yourself by accident.

Note: Whether you’re using a piece of spaghetti or toothpick, don’t forget to put the flame out once you’re done. The last thing you want is to inadvertently start a fire inside your home.

This method will take you back in time and remind you of those science experiments you did as a kid. To get started, you’ll need a glass jar, magnifying glass, and some dank weed. Of course, it has to be warm and sunny outside, too.

Start by placing some nugs inside the mason jar. Replace the cap, ensuring that it’s tight and secure. Next, hold a magnifying glass under the sun, aiming the light directly onto the flowers. After some time, the plant matter should start smoldering. Wait until the thick smoke fills the jar. Afterward, pop it open and take a huge lungful of the cannabinoid-enriched cloud. Enjoy.

Note: You don’t need a mason jar for the buds to start burning slowly. But without it, you may lose some of the precious smoke.

Feeling a bit more experimental? Why not create some sparks? There are several ways to go about it, but perhaps the easiest one is to use your car’s cigarette lighter and a nickel. Start by heating your car’s lighter. Once warm enough, place the coin upright, then snap it to the side. This should create enough spark to blaze up your dab torch.

As an alternative, you can also aim the flame so that they land on a tinder bundle. In any case, don’t attempt to focus the sparks directly to the end of your joint or on top of your bowl. After all, with one miscalculation, you may already start a fire.

Are you the survivalist or outdoor type? Well, if you have some firesteel or ferrocerium rod stashed in your closet, then you can use it to create hot sparks easily and quickly.

5. Rely on Your Stove

This is perhaps one of the most straightforward ways to spark up when you don’t have a lighter on hand. It’s fairly self-explanatory. Really, all you need to do is turn on the stove, then use the flame to light your joint or blunt. Unfortunately, it’s not suitable for use with a bowl or a pipe.

Note: Keep in mind that this method will only work with gas – not electric – stoves. You’ll need an open flame, after all.

6. Just Bake and Consume Your Buds

Who says that you have to spark up to get high? If you’re not too particular about how you’ll obtain your THC kick, then consider preparing some cannabis goodies and eating your weed instead. Although laborious, it’s more than worth the time and effort. Marijuana edibles, after all, are known for generating a stronger, longer-lasting high. For sure, you won’t feel the need to reach out for another bite for several hours – or even well until the following day.

Start by decarboxylating the raw marijuana flowers in the oven. This will activate the psychoactive properties of the plant. Next, infuse the cooked buds in your preferred plant-based oil or butter. Allow the mixture to cool, then sieve the solid bits out so you’re only left with the THC-enriched oil or butter.

After that, the possibilities are endless. The resulting concoction is incredibly versatile and can be incorporated into a wide array of dishes, including baked goods, pasta, salad dressings, and beverages, among others. Just use it in place of normal butter and oils, and you’re good to go.

No Lighter, No Problem

Nothing can be more frustrating than having tons of weed lying around – but no way to smoke it. But, you should know by now that the 420 community is nothing short of ingenious. Lucky for you, stoners have already come up with clever tricks to resolve this problem. They can be as straightforward as using a stovetop – or something a lot quirkier. It includes relying on butter knives, dry spaghetti, magnifying glass, and even your car’s cigarette lighter. And if you’re blessed with kitchen skills, then you can whip up some cannabis-infused edibles or drinkables instead. So, next time you’re in a pinch, don’t worry. With any of the above methods, you should be able to toke up and get high in no time at all. One of the ways that medical patients use in taking cannabis is by turning them into something they can eat, … 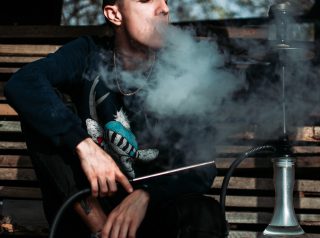 How to Smoke Weed Out of a Hookah

There are several ways to smoke marijuana buds. You could go the traditional route and use rolling papers and water … 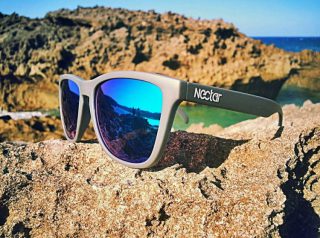 Nectar Eyewear has been working for over a year to develop the best growroom eyewear you can find under $100. … 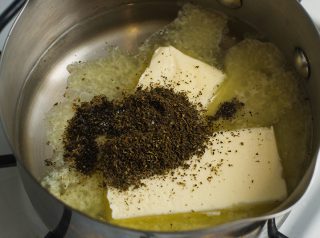 Cannabutter: How To Make This All-Around Edible Ingredient

Infusing cannabis in tasty treats is a delicious way of harnessing its benefits. To achieve this, though, you would have …