How to Smoke Weed Without Getting Caught

Marijuana smoke has a distinct smell that’s just impossible to miss. Many users describe it as earthy, grassy, and skunky, although the exact aroma largely depends on your chosen strain. On top of that, the odor also tends to cling to your hair and body. In other words, the police might be able to tell what you’ve been up to with just a single whiff.

Ideally, you should not pull out a joint in public, even in places where recreational marijuana is already legalized. But, what if your need to blaze up is too strong and worth breaking the law for? Well, there are ways to minimize the risks. Below, we’ve compiled a list of how to smoke weed without getting caught.

How to Smoke Weed on the Sly

Smoking weed without being caught is no easy feat. Blazing up in public, for example, can be extremely tricky. It means having to evade detection while doing the deed – and getting rid of the smoke and smell on your body once you’re done toking. This is why smoking indoors is often more preferable. But, doing so also presents its unique set of challenges, especially if you’re living with someone else or you’re staying in a non-smoking-hotel.

Either way, it all boils down to being well-prepared and being extra attentive to your surroundings. Most importantly, you also need to be artful and act as if you belong. The last thing you want is to draw in too much attention.

1. Don’t Bring Your Stash with You

This sounds self-evident, but unfortunately, it’s something that many users tend to forget. Remember, when going outside, make sure you don’t have a bunch of weed on your person. If you do, you’ll only be giving the authorities a clear reason to bust you. Play it safe and just bring a pre-roll. Once you’re done smoking, after all, it disappears into the trash, which means that you’ll be free from any incriminating evidence.

You can’t just spark up whenever and wherever you want, especially when you’re in public. Be street-smart and examine your surroundings first. Are you in a sketchy neighborhood? Are cops loitering nearby? If it seems exceedingly risky, then it may not be the right time to pull out that fat blunt. As always, better safe than sorry.

Acting like you’re already caught red-handed is a dead giveaway. You might be tempted to throw up your hood or constantly look over your shoulder – but don’t. Instead, be natural and try to blend in with the crowd.

If you want something discreet, then you can never go wrong with vape pens. It is, no doubt, the ultimate device for weed-smoking anytime, anywhere. Aside from being small, lightweight, and portable, it’s also low-profile and sleek-looking. So, you can hook it casually on your breast pocket, and no one will even know that it’s not a real pen. And even if onlookers do realize that it’s indeed a vape, it won’t be a big deal. Many people, after all, use vape pens to get their daily dose of nicotine.

As an inhalation method, vaping is fairly inconspicuous. It doesn’t burn the plant matter, which means that it won’t generate any tell-tale grass-smelling smoke. Furthermore, cannabis vapor tends to have a weaker scent, as well as dissipates more quickly.

5. Get a Genius Pipe

If you still haven’t tried any Genius Pipe, then you’re missing out on a whole lot. In terms of appearance, these innovative pipes are a far cry from your regular pipe. Instead, they’re elegant, minimalist, and made to resemble highly advanced pieces of technology. Trust us, no one will ever suspect that it’s actually a pipe meant for smoking cannabis.

More than just fashionable, Genius pipes are functional as well. Specifically, they’re engineered for both maximum smoke draw and cooling for a smoother, healthier toking experience. Furthermore, they also produce less smoke and enable you to extinguish the fire quickly.

When it comes to smoking pot discreetly, one-hitters can be your best friend. Essentially, a one-hitter is a type of cannabis pipe. It features a petite bowl or chamber that can hold just enough weed for a single hit – hence the name. Besides the compact size, one-hitter pipes are often designed to resemble a cigarette, making them exceptionally discreet. Being small also means that they generate less smoke than regular pipes.

7. Blaze Up Around Cigarette Smokers

If you want to be able to toke casually while outside, consider igniting your stick in a crowd of cigarette smokers. Tobacco smoke, after all, has a more intense odor than marijuana fumes. Even better, cigarettes also generate as much smoke as joints. No one should be able to tell that you’re toking up something else – unless your strain emits a more overpowering smell than usual.

If you can, try not to blaze up in the car. After all, it’s the number one spot where cops usually catch stoners in the act. Not to mention, any passer-by will know what is happening as soon as they see the thick marijuana fumes inside your car. Even worse, even if you don’t have any intent to drive, you can still be charged with DUI or DWI. Put simply, it’s a sure ticket to paying hefty fines or being incarcerated.

9. Head to the Shower

Smoking indoors, but worried about your family, roommates, neighbors, or even the hotel staff? Well, consider hotboxing in the shower. In case you don’t know, hotboxing is the act of smoking or vaporizing cannabis in an enclosed space (e.g. a car or a room) to maximize the mind-altering effects of the plant. To take things up a notch, users often prefer to do the Jamaican or Hawaiian Hotbox, which simply means hotboxing in the shower. That’s because the steam from the shower can intensify the high even further.

Start by sealing any cracks or openings with a wet towel. Remember, you want to contain the smoke inside the room. Blast the shower to the hottest setting, letting the steam accumulate for a bit. Spark up once your bathroom fills with thick steam. Turn off the shower after a few minutes. Enjoy.

Once done, wait for the steam and smoke to subside before removing the damp towels and clearing the air. For best results, spray some odor neutralizer or air freshener.

Note: This method is not fool-proof. Be aware that the weed smoke may linger up to an hour after the smoking session, so ensure that the bathroom remains inaccessible to others during that time.

10. Freshen Up After a Smoking Sesh

Sorry to break it to you, but even if you’ve already disposed of your used-up joints, you could still get busted. That’s because the overpowering smell of pot will likely give you away.

For this reason, it is recommended to take a shower after your toking session. Your hair usually retains most of the odor, so make sure to shampoo it well. Don’t forget to brush your teeth. Oh, and spritz some body spray on you, for good measure.

If a quick shower is out of the question, you will have to make do with changing your clothes. Wash your hands as well, and slather some fragrant lotion across your arms. If you don’t have immediate access to a bathroom, then simply use a liberal amount of rubbing alcohol or alcohol-based hand sanitizer.

Smoking marijuana without being caught is a skill in itself. But it’s certainly doable. If you plan to blaze up in public, though, you’ll have to be extra careful. First, consider switching to more discreet smoking methods, including vape pens, one-hitters, and Genius pipes. After the toking sesh, the next step is to get rid of any lingering marijuana smell on your body. Meanwhile, indoors, your best bet is to spark up in the bathroom.

Most importantly, be smart when smoking. If the risks are far too substantial, then accept that you’ll have to withdraw for now. Also, know that you can’t just smoke anytime, anywhere. Make sure to survey your surroundings first. And while smoking, be extra vigilant – but not to the point that you’re acting so guiltily. 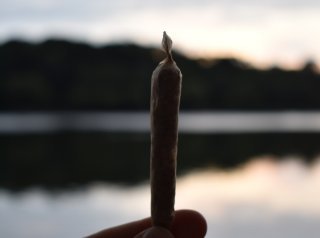 How To Roll A Tight Blunt

What is it about tight blunts that make it so highly sought-after among marijuana smokers? Well, for one, tightly packed … 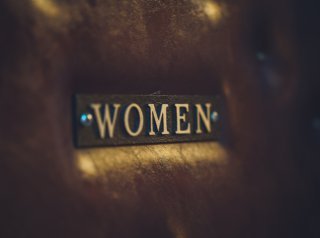 How To Feminize Seeds Using These Proven Methods

Cannabis seeds are costly, aren’t they? And then there’s also the matter of shipping, especially if there are legal issues. … 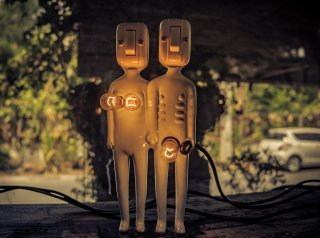 Sexing Marijuana: How To Identify And Avoid Gender Problems

Female marijuana plants rule the world. And why not, they are the ones that produce the trichome-rich buds. Males, on …