Marijuana had been very popular due to its controversial purpose; others consider it as a relief and a blessing, while for some, this weed is set out to destroy. Everything in this world has its parts and purposes and this weed is no exception. The Cannabis plant has parts which we can find on any ordinary flowering species.

Let’s take a look at Cannabis Sativa in a broader sight and know about its parts and its uses.

Gender and Their Differences

Yes, it has a gender. You could determine the cannabis plant’s gender even just by looking at it up to its second week of growth. A male cannabis plant would form their pollen sacs first while female cannabis plants have their wispy white pistils as the first development. When it comes to usage, male ones produce the pollens needed for breeding and pollinating cannabis plants but it does not contain cannabinoids which would only be found to female ones.

It covers the surface of calyxes as well as the leaves and stem. This looks like tiny resin glands (or “kief” when dry) with a crystal like image. Tetrahydrocannabinol (responsible for marijuana’s psychological effects) is very abundant in this area. Trichomes are also used as the determining agent whether the plant is ready for hash harvesting.

These are small looking leaves with a high concentration of THC. After being cut, cured, and dried this could already be used as an edible mixed to recipes.

Peeping out from the calyxes are tiny red-orange hairs called pistils. Its vibrant color starts up as white coloration then gradually turns to yellow, red and brown over the course of the plant’s growth. This part does not contain any cannabinoids. The only purpose of pistil is to catch male pollens in order to form seeds and pollinate.

Only a few amount of THC could be found on this part. After it is trimmed, it can be used as a tea that aids headaches or nausea and additive for tinctures or an alcohol liniment. This liniment could be used for bruises, zits, bug bites or painful joints.

The stalk is not really that useful, the only useful part of the stalk is its fiber. Its fiber could be used in making fabrics, papers, ropes, oil and woven items.

The Cannabis leaves are most of the time tossed after harvesting. It does not contain any amount of THC and is unusable.

It is the flower part of the female cannabis. A lesser leaf-to-calyx ratio is desirable when planning on breeding cannabis. Calyx occupies a large population of the female flower; it comes in different size, shape and colors. It also contains high amount of THC.

This part is the “bud site” of the cannabis plant where the female flower plant blooms. The top part of the grown plant is called the Main cola or the apical bud. Cola population could be increased through the use of screen of green, low stress training and topping techniques. Cola is also known as the terminal bud.

One response to “Parts of Cannabis Sativa and its uses: Know Thy Weed” 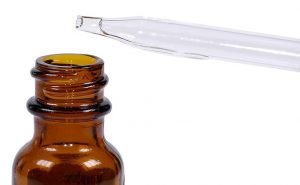 How to Dry Your Cannabis Fast