Say you’re just the average hippie backpacker who wants to take on the great America Challenge of visiting all her states, and, by coincidence you’re a marijuana user (both medicinal and recreational), the question is: what kind of map will you bring? Why, the one showing the divided states of America, of course, in terms of pointing out where the legal marijuana states are.

Next, Arizona. Dope state since 2010, possession of 2.5 ounces, up to 12 plants. More than doubles the fun and adventure here!

California Dreamin’! Home of the hemp since 1996, possession of 8 ounces, 6 mature or 12 immature plants. The mecca of Mary Jane!

Go Colorado! “Emancipated” since year 2000, possession of 2 ounces, 6 plants (3 mature, 3 immature). One of two states (the other one’s Washington) which have legalized marijuana for recreational use. So this is where you really have to go on a fiesta with your pipe!

Connect with Connecticut! “Highly” recognized since 2012, possession of one-month supply (precise amount not yet available). Talk about the long-term “trip”!

Get Busy with DC! A legal marijuana state since 2010, possession of 2 ounces. Keep the party movin’!

Going Where? Delaware! Legalized the joint since 2011, possession of 6 ounces. If you need a fresh breeze, you can stop by here!

Where’s the Noise, Illinois? Kept the “weed” since 2013, possession of 2.5 ounces during a period of 14 days. Look at the bright side: you can recharge every two weeks!

Maryland for Mary Jane! A newbie in the strawberry field this 2014, 30-day supply. So young and yet so exciting!

Ready, Get Set, Massachusetts! She was prepared since 2012, 60-day supply for medical use only. If you’re planning on putting up a marijuana clinic, this might be the ideal place!

Minnesota in My Mind Forevah! “Star-struck” only in 2014 (another newbie like Maryland), 30-day supply of non-smokable marijuana! You might want to skip this state, because if no one’s smokin’, then what’s the “rush”?

Nevah in Nevada! Rolling the dope since 2000, possession of 1 ounce, 7 plants (3 mature, 4 immature). Every puff counts!

Higher and Higher, New Hampshire! Popped the balloon since 2013, possession of 2 ounces during 10-day tenure. Better than nothin’!

What’s to See in New Jersey? Had the revelation since 2010, possession of 2 ounces. To see the light of dope!

New York, New Smoke! Another newbie this 2014, 30-day supply of non-smokable marijuana. Maybe they use it to fumigate and get rid of all the aliens in the city (and on the planet, for that matter!).

You’re Gone, Oregon! Have been doing it since 1998, possession of 24 ounces, 24 plants (6 mature, 18 immature). Talk about pushing the joint down your throat! Whew!

Roll the Stone, Rhode Island! Have been quaking and shaking since 2006, possession of 2.5 ounces, 12 plants. Here’s the perfect hide-away!

Washington’s Number One! Been at the lit end of the stick since 1998, possession of 24 ounces, 15 plants. Talk about a “capital” siege!

There you go, average hippie backpacker! Enjoy your cross-country adventure of the divided states of America! Where illegal and legal marijuana states go side by side with each other and, hopefully, live happily ever after! What is CBD, and What can it Do for you?

There’s no denying it: CBD is everywhere and in everything. Its popularity as an alternative medication to various health concerns … 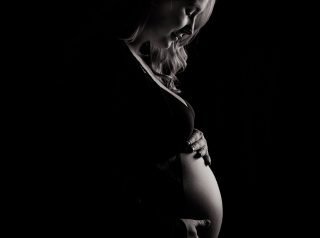 The use of marijuana, or cannabis sativa, whether in the form of smoking weed, eating cannabis cakes and cannabis cookies …