MENUMENU
Home » All articles » Magazine » How Pot Got Hot: A History Of The Illegalization Of Marijuana

How Pot Got Hot: A History Of The Illegalization Of Marijuana

Categorized an opiate, marijuana is related to opium and heroin and like these two drugs, it originated in Asia, making its way into Europe much like opium did. No one is really sure how it made its way into the United States but many historians believe that it was brought to the Americas by European immigrants, specifically by the Spanish who “conquered” South America in the 16th century and made its way into North America by way of Mexico in the late 1800s/early 1900s when the first Mexican immigrants came looking for work in the United States.

Others claim that it was through the English colonization of the United States in the 1600s, when every colonist was obligated to grow 100 plants for export (although this was in the form of hemp to be used in rope and fabric construction). Either way, Marijuana made its way into medicinal use by the middle of the 19th century.

But marijuana has been used for thousands of years by the most ancient of human societies. As a medicinal herb, it’s recorded to have been in circulation in ancient China, Egypt, Greece and the Roman Empire and was used to treat everything from insomnia and stomach problems to all types of aches and pains. So how did it become illegal?

Marijuana’s path to illegalization began when that influx of Mexican immigrants began to make jobs more limited. Americans of the early 20th century associated the fear of these new immigrants with the marijuana they brought into the United States, especially during the Great Depression when jobs became even scarcer. Early on, the FDA mandated that all marijuana-based medicine be labeled. 1930 marked the formation of the Federal Bureau of Narcotics. And by 1931, 29 states deemed marijuana illegal.

The media latched on to this new “danger to society” like it usually does, overhyping the whole situation with a much talked-about film at the time called “Reefer Madness” (produced and directed by Louis Gasnier). It was basically a propaganda film that exaggerated the effects of marijuana – that marijuana use would lead to addiction and murder.

The propaganda that ensued eventually led to Congress passing the Marijuana Tax Act, which effectively for marijuana illegalization. Although studies in the 1940s, 50s and 60s found that marijuana use did not induce violence and sex crimes, insanity or use of heavier drugs, Nixon used marijuana as a platform for popularity in the late 1960s, waging his “War on Drug Abuse” by use of media and popular figures (such as the pill-popping Elvis Presley, ironically).

The US Drug Enforcement Agency (DEA) was created in 1973, which is responsible for stopping the smuggling and use of drugs in the United States. George W. Bush started his own War on Drugs in the late 1980s, declaring his intentions in a televised speech broadcast throughout the United States.

And now, the path of marijuana illegalization is in the precipice of change. First legalized in California for medical use in 1996, marijuana is losing its negative reputation. The movement for its legalization has begun and in the recent years, it has made some great leaps toward this end. The herb is making a comeback and people are becoming more accepting of its presence. Only time will tell how far this movement will come. 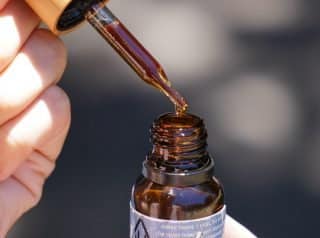 Why Should You Use CBD?

CBD, short for Cannabidiol, is one of the two primary cannabinoids found in cannabis plants. The chemical compound cannot catapult … 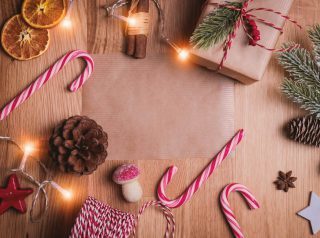 After a low holiday season of 2020, this year promises to be better as the virus is under control. But …