Indica strains are sought-after for its intensely relaxing body buzz. So if you are looking for medical marijuana that will soothe stressed minds and relax sore muscles, this type of strain should be your first choice.

Depending on cannabinoid and terpene concentrations, its effects could range from gently calming, downright sedating, or somewhere in between. Either way, toking Indica strains are bound to lock you “in da couch,” so it is best relished during sundown for a symptom-free and restful night’s sleep.

CBD is a non-psychoactive cannabinoid known for its immense therapeutic benefits and relaxing nature. On top of that, Indica strains also possess a wealth of sedative terpenes such as:

Such attributes give marijuana its relaxing physical effects medicinal properties for alleviating pain, insomnia, stress, muscle spasms and anxiety, among others.

The modern world is a stressful place. Those who wish to escape its constant chaos to recharge their minds and bodies should sit back, relax, and dose on a premium-quality Indica strain. It melts away all your pent up stress, soothes your senses, and alleviates various health problems.

Indica strains could be used to attain the following health benefits:

Sleep is an integral part of keeping our minds and bodies in tip-top shape. In fact, getting a good night’s sleep is as important as eating a balanced diet and exercising. While we are asleep, our brain and body repair any damages incurred during the day so that we could perform our best the next morning. Not getting enough shuteye could result in grave consequences such as obesity, depression, compromised immune system, daytime drowsiness, lethargy, and overall poorer quality of life.

Unfortunately, not everyone gets to sleep soundly at night. It is estimated that 30% of the adult population worldwide suffers from insomnia – a sleep disorder wherein one has difficulty falling or staying asleep. Of course, a quick fix would be to take over the counter sleeping pills, but it does have its risks. When taken long-term, you would develop heightened tolerance, so you would need to take high doses of the pills for it to have any effect. However, you cannot take it in high doses, lest you’ll risk not being able to breathe while you are asleep, which could immediately lead to death.

A better alternative would be to opt for sedative Indica strains. Studies reveal that medical marijuana is indeed effective at treating insomnia – thanks to its potent sleep-inducing properties. The best part about this is that it comes with little to no side effects as long as you dose appropriately and responsibly.

To counteract insomnia, opt for Indica strains with higher levels of the terpenes myrcene, caryophyllene, limonene, terpineol, and linalool. Some of these strains include:

Anxiety is one of the most prevalent mental disorders worldwide, afflicting 1 in 13 people. According to the DSM-5, experiencing irrational fear, debilitating dread, and undue stress are the hallmark symptoms of this condition. To an outsider, a person’s anxiety attacks may seem trivial – silly, even. But to the one experiencing it, the fear, panic, and apprehension are devastatingly overwhelming despite the absence of a real threat. Fortunately, alleviating anxiety is highly achievable with the right approach. Some people take prescription anxiolytics to ease the symptoms, while others prefer to stick with a more natural solution – cannabis.

Now, when it comes to choosing the strain, make sure to opt for weed with high CBD levels. Cannabidiol has potent anxiolytic properties. If possible, steer clear of high THC strains, because it might trigger or exacerbate anxiety when taken in high doses.

The following high-CBD Indica strains are your best bet if you want to ease stress and anxiety:

Coping with stiff, aching, cramping muscles is a way of life for most people. Sore muscles can be extremely uncomfortable, whether it is due to stress, work out regime, long hours of work, or underlying medical condition (dystonia, multiple sclerosis, etc.). It causes pain, limits movement, and can even rob you of the much-needed sleep.

Most people remedy this problem by taking conventional medications. While it can reduce discomfort, the existing pharmaceuticals rarely provide complete relief. Not to mention, it can also trigger adverse side effects such as weakness, bloating, constipation, and drowsiness, among others. Thankfully, there is cannabis – a medical alternative with less serious side effects.

Marijuana – particularly Indica strains – are natural muscle relaxants that can tame muscle spasms and soreness. Spasms originate in areas of the brain that control movement. And it so happens that several of these areas have plenty of cannabinoid receptors where THC and CBD can bind to.

There are lots of strains to choose from when medicating with marijuana. The following Indica-dominant strains act as effective muscle relaxants and antispasmodics without exerting severe adverse effects.

Chronic pain is a silent epidemic. According to a report by the CDC, about 11 to 40% of the US population suffers from chronic pain. In fact, it is the most common cause of hospitalization and long-term disability in the United States. It has also been linked to many physical and mental health conditions. Not to mention, it contributes to high healthcare costs and lost productivity. Whether deemed mild or severe, chronic pain has a profound impact on a person’s general well-being and overall quality of life.

The conventional approach to alleviate pain is to take painkillers. And as with other synthetic medications, NSAIDs (non-steroidal anti-inflammatory drugs), opioids, and OTC painkillers provide temporary relief from the pain. So, to achieve symptom relief, you would have to medicate several times a day, which could be habit-forming. Not to mention, long term consumption of these medications can cause life-threatening side effects. These could include gastrointestinal problems, liver and kidney damage, heart attack, stroke, and even respiratory depression.

With medical marijuana, though, you could achieve long-lasting relief by incorporating it in food or beverages. Although it might take 30 to 90 minutes before the effects kick in, the anti-nociceptive effect lasts for 6 to 12 hours, depending on the potency and dosage of the edible. The science behind it is that THC works by blocking the pain pathways, which then prevents you from feeling pain. Meanwhile, CBD soothes pain by stimulating the production of natural painkilling chemicals such as anandamide and serotonin.

You could use medical marijuana to alleviate the following types of ache:

The following Indica strains work wonders in alleviating pain, all while lulling you into a profoundly relaxing slumber.

Epilepsy is a neurological disorder caused by abnormal brain activity, which then causes seizures. During a seizure episode, the sudden burst of uncontrolled electrical activity in the brain often results in convulsions, periods of abnormal behavior, and even loss of consciousness. This condition is the fourth most common neurological disorder, with more than 65 million people affected globally. It is so common that about 1 in 26 people will develop epilepsy at some point in their lifetime.

As for the remedy, mild to moderate epilepsy is often managed with anti-epileptic drugs, while more severe ones require invasive surgeries. 70% of patients go into remission after taking anticonvulsant medications for two to five years. Meanwhile, the remaining 30% will continue to have seizures despite receiving treatment. For cases like these, patients are entitled to seek all physician-directed care, including the use of medical marijuana.

There are now over 20 drugs used to treat epilepsy, including Epidiolex® – the first-ever FDA-approved plant-based formulation of CBD used to treat seizures in people with hard to treat types of epilepsy such as Dravet syndrome and Lennox-Gastaut syndrome. It must be noted, though, that synthetic anticonvulsant drugs produce unpleasant side effects such as drowsiness, irritability, nausea, rashes, and impaired cognition. Occasionally, it may even increase the frequency of seizures and cause depression and other mood problems. This could then lead to suicidal thoughts or attempts.

CBD, on the other hand, has been shown to reduce the frequency of convulsive seizures in epileptic patients without exerting much adverse effects. After all, the non-psychoactive cannabidiol has a safer drug profile compared to THC and other medications.

It is difficult to overdose on cannabidiol – thanks to the body’s high tolerance for it. And when you do overconsume, the only adverse effects you’ll experience are dry mouth, sleepiness, diarrhea, fatigue, and decreased appetite. However, take note that CBD could interact with some seizure medications, so it is best to consult with your physician before using CBD as an alternative remedy for seizures.

If you do get the green light, though, here are the best high-CBD Indica hybrids you can choose from:

Medical marijuana is mostly known for its potential health benefits. But like all other medications, it can also induce unwanted side effects. These reactions, though, are comparatively milder and more manageable than other prescription drugs. Still, it could cause discomfort to some extent. As such, patients need to be informed of the possible risks before dosing cannabis.

Side Effects of high doses of THC:

Side Effects of Excessive doses of CBD:

To avoid experiencing such risks, you should make it a habit to dose appropriately or as directed by your physician. Different people have different levels of tolerance for THC. In general, though, a dosage of more than 30mg daily is considered extremely high for both beginners and veteran tokers. On the other hand, CBD is well tolerated by the body, so it rarely causes problems. However, if you dose more than 1500mg daily, you may experience some of the drawbacks mentioned above. Medical marijuana is an effective medicine aiding numerous patients worldwide. It is considered to be a cure, an effective prevention … 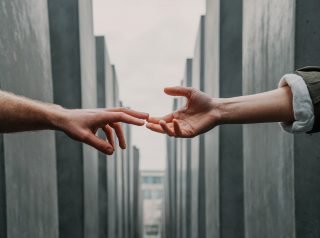 Benefits You Can Get With Marijuana Addiction Treatment

About 9% of people who consume cannabis become addicted to it. More than the lack of self-control, this could be … 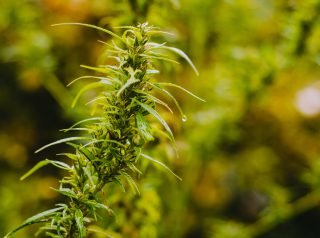