During this time and age, it seems that almost everyone has tried smoking weed at least once in their entire life. This may not be much of a surprise especially that weed has been legalized in some parts of the US.

If you want to check out the typical weed smokers, you need to read this information below:

This particular female becomes the cool-kid that everyone wants to hang out with once she is stoned. During her trip to high town, she usually has a good laugh, listen to good music, go around without a bra and maybe even become an all-around smokeshow. Additionally, she also becomes friends with old guys who think she wants to screw them just so they can give her more bud. But once the effects wear off, she’s just plain boring.

This is not such a big surprise because most creative people smoke pot. Since this type of person just becomes more productive and creative when smoking pot, he just gives in to the drug whenever he wants to. Also, this pot smoker won’t usually admit to smoking weed prior to coming up with their great ideas.

Now that a lot of states in the US have legalized marijuana for medicinal use, people are now seemingly having a medical condition that requires the help of weed. But for those who have been truly terminal about their condition, they usually benefit a lot, especially on feeling better after they smoke weed. It surely goes well for their chronic pain as well as other symptoms associated with their illness.

This guy usually is the most adventurous one and you sometimes wish that you were even like him. After smoking weed, he becomes so attached to the wilderness that it’s like he knows everything around him.

Hippies are the most frequent marijuana smokers that date way back into the ‘60s. This smoker is always so stoned that he doesn’t even know nor have an idea about what’s going on around him. In fact, you may sometimes even feel sorry for the guy because of his lack of sense about the world.

This goofy, easy-going person usually starts the day with a wake-and-bake courtesy of the bedside bowl and it will be followed by loads of weed all throughout the day. Not a day goes by where weed isn’t available inside of his pocket. Not unless of course he spends all of the supply the night before going to bed.

Now that you are familiar with the weed culture, which of these weed smokers do you think you are or will become? Either way, this type of personality that is brought out from you can either be fun or annoying so if possible, take control of your smoking and yourself.

One response to “Common Types of Weed Smokers” Identifying Good Weed without Smoking It The Most Common Weed Problems and Symptoms 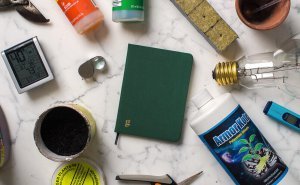 What To Buy? A First Time Grower’s Checklist to Essential Indoor Growing Equipment