MENUMENU
Home » All articles » Magazine » What Are The Creative And Fun Things To Do While High?

What Are The Creative And Fun Things To Do While High?

What comes next after getting high? That depends on why you used cannabis in the first place. Some of you may be seeking relief, preferring to rest, and recover from illness. A sedating, relaxing strain can indeed provide that. Or, you could find inspiration and motivation from an energizing, creative strain.

What Fun Things Can You Do When High?

Before continuing, here is one thing to think about – stereotyping. Do you realize that most of us do that on marijuana genotype? Sativa keeps you up and hyper, Indica locks you on the couch. Where there’s smoke, there’s fire. So, if that is a general impression, then there is some truth – but not the absolute truth.

You could, for instance, be smoking an Indica strain and find yourself calm, composed and unhindered in doing physical activities. An intense cerebral high delivered by a Sativa, on the other hand, could immobilize you.

Know your strain and what it can do, and then control the dosage. You have the choice of keeping to a small dose, moderate, or high. It does not matter if you are smoking a Sativa or Indica hybrid. Once you overindulge, there is pretty much nothing else you can do but to sit back and savor the effects. Stay within your tolerance limit, and you can get to do these fun things.

Some strains, including Green Crack and Blue Dream, can cause some degree of visual and auditory distortion. Your heightened senses make it even better to listen to some trippy songs, hearing the nuances, and appreciating the rhythm on a “psychedelic” level. You can listen to your favorite music or explore a new genre – preferably one that you wouldn’t have checked out while sober. Alternatively, you can look for a “high playlist” on Spotify, curated by other marijuana enthusiasts.

After taking your pick, it is just a matter of grabbing your headphones or – if you won’t be disturbing anyone – cranking the speakers to a loud volume. Collapse on the couch, close your eyes, and savor the moment. You can also elevate the listening experience by watching the accompanying music videos, blasting music in the dark, going to a concert, or seeing live music alone.

There is no better time to watch some movies than when you are baked. The altered state of mind allows you to pick up details you might not have noticed otherwise. The mood-elevating properties of weed, in particular, are perfect for enjoying comedy flicks. So, do not be surprised if you find yourself laughing like crazy at every humorous moment.

Here are some of the best stoner films that you might want to check out:

Start your favorite game, or find a new one, and watch your competitiveness soar to new heights when you are blazed. It does not matter if you are smoking alone or with a group of friends. There is at least one game that will suit your marijuana-addled brain.

If you are a video game fanatic, then what better excuse do you have to bring out those games? You can expect the graphics, effects, and sounds to appear more intense than usual. For sure, you are in for an out-of-this-world experience that you would not have gotten if you were sober. If you are alone but want a bit more social interaction, then log in to your favorite online game and have a swell time with other players.

For a more traditional feel, consider board games. Go for those that will tickle the imagination and wit while jazzing up the party. Also, keep it simple – you probably will not appreciate anything too complicated when you are high out of your mind. Fantastic options include Cards Against Humanity, Munchkin, and The Cones of Dunshire. Incidentally, cannabis-related board games such as Lords of Cannabis are also gaining popularity, so keep an eye on those.

What if you do not have any fancy video games or board games on hand, but still want to have some fun? Easy. You just need a dose of creativity and put some twist. That is, by making them weed-inspired.

Smoking and vaping pot is fun, there is no doubt about that. But did you know that there is a way to enhance the experience even further? That is, by practicing some impressive smoke and tricks. Listed below are some of the coolest ones. Do any of it in your next toking session, and you will surely be the talk of the party.

If you live near an amusement park, then you are in luck. Every pothead, after all, should try riding a rollercoaster while high at least once. Trust us, it is an otherworldly experience that will send you straight to seventh heaven. If you thought that a rollercoaster – with all its climbs, loops, and dives – is already thrilling when you are sober, then you could not be more wrong. This wild adventure, though, might not be for the faint of heart.

If there is no amusement park or fair near the vicinity, it might take a bit of planning before you can have the ride of your life. Just make sure not to drive to your destination if you are intoxicated.

Whether or not you are into art, history, or science, a trip to the local museum while baked is a great way to spend your time. Simply wander around the place, observing the artifacts, exhibits, or even the people. If possible, bring some friends with you so you can chat about all the thought-provoking sights you see. And with your weed-enriched brain, no interesting tidbit will escape your notice. Instead, even the smallest things will appear fascinating in your eyes.

Every stoner has probably experienced the munchies at one point – that sudden, uncontrollable bout of hunger. You can try to contain it – or you can use it to your advantage.

Instead of snacking on sweets and junk food, try out new cuisines. Maybe you can order from that new Thai resto downtown, or you can whip up some Mediterranean snacks yourself. You do not only satiate your cravings, but you also have a taste of another culture. Talk about hitting two birds with one stone.

Many renowned artists, writers, and musicians claim that getting high on marijuana boosts their creativity. In fact, it is the reason why some people smoke weed in the first place. So far, there is no hard scientific evidence proving that marijuana indeed inspires creativity. Still, there is no harm in trying.

Before getting stoned, prepare the tools of your trade, such as your musical instrument, painting materials, laptop, or even some good old pen and paper. Once you feel the buzz taking hold, start getting down to business. The psychoactive effects will likely influence the way you think or do things. In turn, it will help you explore novel ideas or approaches – the kind that only a marijuana-fueled brain can conjure.

Who knows? You might even create your magnum opus along the way.

Note: If you are an artist (or even if you just want to try out painting) and live in a state where recreational weed is legal, you can join puff, pass, and paint sessions. These are, in essence, cannabis-friendly art classes.

If you are not too keen on cerebral or mental activities, then consider exercising instead. It will not only invigorate you but will also make you feel even more euphoric. This is thanks to the rush of endorphins released by the body when you exercise. When paired with the uplifting effects of marijuana, you will, without a doubt, get transported to cloud nine in no time.

Remember to keep it light, though. You do not want to go overboard, which will only make you feel lightheaded, sickly, and/or exhausted. Walking, jogging in place, weightlifting, and doing some light cardio will do. You can even dance your heart out if you want.

10. Indulge in Some Self-Care

Recreational use of cannabis is all about feeling good. In that regard, sneaking in some me-time when you are high cannot be more fitting. It can be as simple as taking a hot bath and relishing the silence and the feel of the warm water against your skin. Enhance the sensory experience by lighting up a few candles and playing some relaxing music.

If you want something fancier, then consider the following: Chronic illnesses are health conditions with symptoms that persist for more than three months. Vaccines or medicines cannot prevent or … 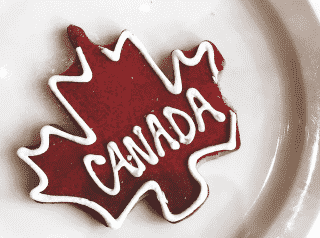