MENUMENU
Home » All articles » Medical » Medical Marijuana And Its Forms

Medical marijuana is an effective medicine aiding numerous patients worldwide. It is considered to be a cure, an effective prevention to illnesses and a means of alleviating symptoms of many conditions where other interventions failed to relieve. Research has proven that cannabis has therapeutic properties unable to be replicated by existing prescribed medications. With proper dosage, marijuana medication is proven to give lesser severe side effects.

Most of medical marijuana patients prefer the edibles than smoking the weed. For them, inducing marijuana through food is much better than smoking it; having a view that it resembles smoking cigarettes.

The effect of consumed cannabis is different from smoking it with bongs or vaporizers. Edibles are slower to wear off and its “hype” effect would kick-off usually 30 minutes to 2 hours, depending on the patient’s metabolism. It is always a caution to those who prefer edibles in their treatment not to over-consume it. It is advised to take a small amount and wait for 30 minutes or an hour before consuming another one. Discipline yourself and be reminded not to overdose despite its delicious taste or scrumptious appearance.

Since the acceptance of medical marijuana to some states, marketers are always finding new products to sell that would cater a larger population of consumers. Below are some scrumptious delicacies being marketed by “Ganjapreneurs”.

This is most likely the most prone to over dosing compared to other edibles. These chewable are in form of candies, gummies, bubble gums or soft candies. The most popular ones are those that resemble the Tootsie rolls, the chocolate flavor and its midget size makes it enjoyable to consume. When taking this type of edible, you should keep track of the amount of marijuana on each small candy and get a hold of yourself; eating too much might bring you harm.

These bars are circulating as vast and fast like tornadoes. Patients taking medical marijuana love these yummy bars because of its deliciousness and the fact that it could be both a dessert and a medicine. These bars are usually in the form of, peanut butter bars, brownies, tropical bars and fruit bars.

Kick From The Punch

Fruit punches didn’t escape the marijuana invasion! There are companies investing on putting their weeds in a bottle to be consumed like an ordinary fruit punch we enjoyed when we were kids. Since it is in a liquid from, it is not that easy to overdose. This liquid hype brings relief as well as leaves a feeling of freshness.

It is amazing that medications in form of an ice cream do exist. Who would not love to consume marijuana in this creation? It comes in numerous flavors to choose from – chocolate, vanilla, coffee, strawberry or blueberries. Marijuana might be infused in two ways – to the ice cream itself or to the chunks mixed to it. However it is incorporated, this would be one of the best marijuana edibles ever existed. With this, you would both satisfy your THC cravings and your sweet tooth. Marijuana Use, Is It For Good Health? 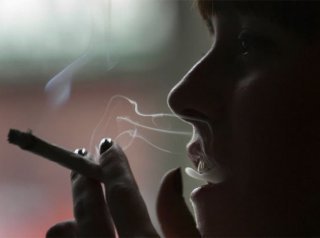 Marijuana and Depression: What You Should Know

It is normal to feel down or sad at times. But, if the feeling of sadness, loss, or even anger …