Based on what the name suggests, liquid marijuana is just marijuana in the form of liquid. It is often called as “liquid THC” wherein THC stands for tetrahydrocannabinol and it is the compound found in cannabis that gives the smoker the psychoactive effects. The liquid form of marijuana is usually bought in cartridges and can also be done by extracting a marijuana plant but this method can be more dangerous. The liquid form will then be loaded in a vaporizer pen and it’s ready to be used by the smoker.

Liquid marijuana or cannabis tinctures have been around for a long time. In fact, it was once the primary form of ingesting medicine. With tinctures, one could dose properly and avoid any of the irritating smoke that comes with lighting up a joint. It gradually lost its popularity, however, due to the subsequent marijuana ban in 1937.

Today, it is quickly gaining its momentum back as more and more people experiment with cannabis. Apart from the dosing, tinctures, as they are better known, offered a new novelty to users. It could be added to food, drinks, and even candy depending on what one feels like. Not to mention, it acts quicker and stronger.

As it continues to make its comeback, there are some things that users should know about liquid marijuana.

Liquid marijuana is exactly what it is – cannabis in liquid form. It is extracted from the marijuana plant into a tincture which can then be ingested or applied topically. It can be THC or CBD based, depending on the maker or seller as well as purpose, and are often sold in bottles and sprays.

The Basics of Tinctures

A tincture is basically an herbal concentrate that is extracted using a solvent. Parts of the plant are soaked in the solution to extract active components such as resin for weeks. Afterward, the mixture is strained to remove the herbs to leave behind the concentrated liquid.

The most common solvent used when creating tincture is alcohol. Not isopropyl but ethanol which is present in alcoholic drinks such as vodka or brandy. It effectively breaks down the basic and acidic components of the plant matter. However, vinegar and glycerin or glycerol could be used too especially if it is meant to be ingested. The herb matter, on the other hand, could be any part of the plant including fresh or dried leaves, flowers, and roots.

Mixed together, the plant parts along with its chemicals dissolve into the alcohol. They remained suspended in the alcohol solution for the next few weeks until it is strained.

Consuming marijuana in its liquid form is no different from smoking it. The base dictates the type of effect the liquid marijuana induces.

THC-based liquids induce a psychoactive effect which leaves users feeling euphoric and relaxed. CBD liquids, on the other hand, do the opposite. Instead of a mind-expanding head high, the lack of psychotropic compounds provides a calmer buzz with immense medicinal capabilities such as pain relief or anxiety reduction.

Keep in mind though that liquids are concentrated and usually do not come with other active ingredients. Thus, smoking a THC liquid would be like smoking a potent THC bud. The same goes for a CBD liquid, in which it mimics a high CBD strain.

Because of the rather large amount of time it takes to feel the effects of liquid THC, it’s important to stick with one dosage amount until you figure out how everything works. We recommend starting with one dropper per 12 hours.

Cannabis tinctures or liquid marijuana comes with double the benefits of smoking a joint. However, its advantages stretch far beyond its psychoactive or medicinal effects.

Liquid marijuana gives users more options with the way marijuana is consumed. The tincture can be consumed by itself directly, but could also be added to food or drinks. Some have even found success in applying it topically like a liniment oil or a watery ointment.

Lately, there have been people who mistake tinctures for the electronic juices or liquids made for vaporizers. This is a major mistake. For one, there is a major difference in formula.

Marijuana tinctures are made from a base oil (usually sesame oil), flavoring, and an active cannabinoid. They can be added to food but also consumed directly. However, they cannot be vaped since base oils are not meant to be burned. Otherwise, it would obscure the flavors with a horrible taste.

Cannabis e-juices, on the other hand, are made out of vegetable glycerin, propylene glycol, flavoring and either THC or CBD. These ingredients are non-toxic and will have no negative side effect on users if ingested. However, they have been specially formulated vaping and it would not be a good idea to consume them.

In summary, e-juice can be ingested like a tincture but tinctures cannot be vaped.

How To Make Liquid Marijuana?

It is relatively easy to make liquid marijuana. One only needs to seep the cannabis buds in a solvent then either leave it be for a few months or use a home appliance to hasten the process. However, there is one more process to go through before producing a tincture.

Cannabis flowers are a basic ingredient required for making a tincture. Before soaking it in alcohol, however, it would be best to decarboxylate them first. Raw buds contain the cannabinoids THCA and CBDA instead of THC and CBD.

Decarboxylation is the process by which the acid precursor is removed thereby activating the cannabinoid. It usually occurs when the buds come in contact with heat. Through drying, combusting, or heating, THCA transforms into THC while CBDA becomes general CBD.

The best way to decarboxylate cannabis is to put it in the oven. First, preheat the oven to 230°F or 110°C. While it is heating, start preparing the buds by grinding it into smaller pieces. Place it in an oven-safe pan or baking sheet then cover it with aluminum foil so it does not burn once inside the oven. Leave it at that temperature for 110 minutes.

Once the decarboxylated buds are prepared, it is now ready for use to create tinctures.

This method preserves the cannabinoids by steeping the decarboxylated buds in a solvent such as alcohol for the next 48 hours. It is routinely shaken every 2 to 3 hours for the next two days. At the end of the freezing period, the mixture is strained to leave only the tincture.

The heat method is the quickest way to create a tincture. Instead of 2 days to 3 months, cannabis enthusiasts only need to wait for 30 to 60 minutes. It reduces the overall production time by not letting the mixture soak for a long time.

Of course, the green dragon method, as it is otherwise called, comes with its own set of risks. The likelihood of the solvent solution catching fire is high. Not only that, exposing the solution to high heat could potentially alter its medical effects.

The benefits, however, greatly outweigh the possibility of messing up. This method produces a potent tincture that is perfect for inducing a powerful buzz. It could even be added to edible recipes and it would double the strength of the tea, gummy, candy, and lollipop.

It would be best to start small though. This way, one would not end up wasting a whole harvest.

This method is the easiest among the three ways to make liquid marijuana. It does not require any refrigerators, freezers, or stoves. If any, the only downside is that it takes quite a long time; stretching for months if needed. The good thing, however, is that it pulls out every bit of CBD or THC out of the cannabis plant matter.

Liquid marijuana is among the many methods of administration available to cannabis users. Yet, if there are two adjectives that would best describe tinctures, it would be straightforward and effective. One could just swallow it directly and it would get the job done within minutes – delivering an onslaught of effects that are stronger compared to the traditional way of administrating cannabis. No doubt, it has become a staple for many users who have rediscovered it. 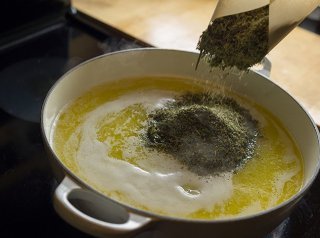 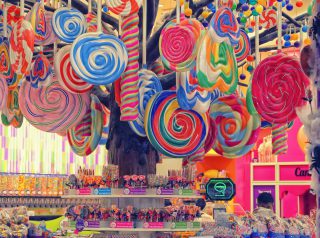 What is the first thing that comes to your mind at the mention of the word “candies”? The answer would … 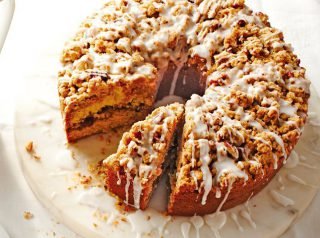 Caffeine is the most widely used psychoactive substance in the world. Some people drink coffee for an added boost of energy. At … Party It Up With The Best Homemade Marijuana Brownies

Eating marijuana brownies is a tradition as old as time. It began sometime in 1954 when Alice B. Toklas published …