The legalization of marijuana to many states in the US is great news for many Americans. It really benefited all those who would use marijuana for medical purposes and even those who don’t.

For those who are clueless on marijuana’s different uses, benefits and anything related to it, then this article will provide you all the information. It should also be a reminder to those who want to know more about marijuana that this substance shouldn’t be abused and if possible, only use it when it is part of your medical treatment.

Getting Started On Marijuana

Just like anything else, people have different ways of referring to marijuana based on their culture. Your peers may say it at one point and you eventually have no idea what they’re talking about. So get to know some terms that stoners use to refer to marijuana:

All of these names may seem unlikely and weird but it’s a stoner’s world out there.

Just Say No To Blunts

The new generation of users made the tobacco leaf rolling papers for marijuana delivery very popular. This type of delivery can kill the taste of myriad delicious strains and can even cause the user to have addiction towards the nicotine.

As you may know, there are several ways to deliver marijuana. One example is through the use of vaporizers which can be good for eliminating the smoke’s funky smell especially if you don’t want anyone around you to notice that you’re smoking joint. The high that a smoker usually experiences in vape is not that intense and won’t last that long. A bong on the other hand is considered to be a bit disgusting and it filters the most noxious elements of combustion.

Smoking marijuana is the most traditional way of consumption but for the modern day people, it can be consumed in so many different ways. Here are a few examples of how people smoke their marijuana:

Giggling Man Is An Oxymoron

If it is your first time to smoke marijuana, then you are free to giggle all you want. This is normal since the primary effect of weed will enhance your sense of enjoyment for all the things around you. But once you get used to smoking it, make sure to learn some dignity in the process. You must be strong enough to overcome the giggles and munchies. Just concentrate your mind to the new perceptions that marijuana has provided you instead.

If you feel paranoid when using marijuana, it’s because the substance gives you a different perspective of yourself. It gives you a view wherein it is the opposite of normal and provides you with a glimpse of something which you might not have done before. This is something that can be a bit difficult to endure for first timers since they are mostly expecting to have a high feeling rather than the opposite. Just know that it is a normal thing to happen even for those who have been smoking weed for quite some time.

Now that you know what to expect for your first time using marijuana, make sure to always be responsible of your actions. If possible, don’t smoke it daily but for medical reasons only.

The word marijuana traces its origin in Mexican Spanish (initially spelled as marijuana), although the ultimate source is generally unknown. … Pot Of Gold: The Marijuana Rush

First of all, there’s definitely plenty for everyone! The Marijuana Rush has been existent for some time already and many … 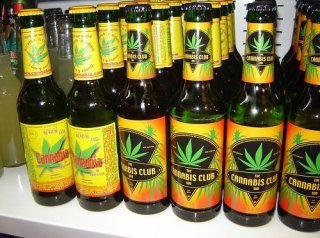 Cannabis Beer Is Coming To Town!

Marijuana is booming these days! Not only does it tickle and amaze the curious minds of people, it can also …