MENUMENU
Home » All articles » Magazine » Marijuana: Is It Legal?

Marijuana: Is It Legal?

The dawn of the 20th century witnessed how one country after another has enacted laws against the use of marijuana, as well as its cultivation, production, trade or even possession. One of the main reasons, in general, is the growing number of accidents and incidents associated with marijuana users. It has been proven that a person under the influence of cannabis substance experiences degradation of his body parts and he eventually develops an idiotic thinking that might cause him to act violently or perversely.

Effects Of Laws Against Marijuana

There have been adverse impacts on the laws enacted against non-recreational purposes of cannabis plant cultivation and production. In the Netherlands, a number of cannabis coffee shops were shut down and crackdowns occurred on the so-called Pusher Street in Copenhagen. While some jurisdictions punish marijuana cultivators, pushers and users by imprisonment or even as worse as execution, there were many of them that have lessened the penalties but focusing the law enactment on those who participated on the black market of marijuana trafficking.

There are also jurisdictions that offer voluntary/mandatory (or both) treatment programs for free to those who have been using marijuana frequently. This is one way for jurisdictions to prevent the “gateway effect” on marijuana users who tend to look for alternative source of psychoactive effects such as alcohol and tobacco since there is no means for them to possess any marijuana substance anymore.

In some countries, it is legal for marijuana cultivators to grow and produce cannabis plants as long as they have acquired license and operate within the context of the jurisdictions. It was then discovered and clinically proven that marijuana can be an effective treatment for asthma, AIDS and even cancer. Some also considered cannabis as a potent stress reliever and can be used as a means of achieving a state of trance for those suffering from insomnia or sleep deprivation. Hence, medical marijuana started to become legal in some countries and territories around the world. This gave way to some jurisdictions to reconsider legalizing marijuana with some restrictions and standards, particularly with regards to trafficking.

Washington and Colorado were the first US states to declare the official legalization of marijuana. However, it was just a state law and not a federal law. To date, there are still many states in the US that officially ban marijuana even for medical purposes. It was in December of 2013 when the country of Uruguay became the first to legalize cultivation, trade and consumption of marijuana. However, before the law on legalizing marijuana will fully take effect in this country, it will be repealed due to the fact that by August 1, 2014, no applications for licensed growers were accomplished yet.

On the other hand, medical marijuana remains somehow legal in Canada, Belgium, Australia, Spain, the Netherlands and in a few other countries and territories. For those who want to plant to grow or market cannabis products, it would be best to learn and understand first the corresponding laws and standards taking effect on the targeted city or state. Due to the abundance of choices, you might get confused about choosing a particular flavor of E-Liquid for your vape … 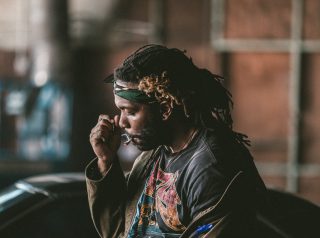 How Do You Smoke Your Weed?

As the weed business keeps growing in the market, users developed many ways on how to consume the pot. The … 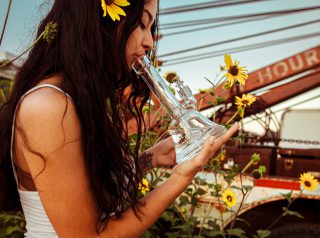