Weed Use during Pregnancy

It has been an established fact that use of alcohol, smoking cigarettes and using drugs can give nothing but bad effects to the baby of a pregnant woman. Marijuana, however, has a different story to tell regarding this matter. There has been contradicting statements about marijuana use during pregnancy.

There are those who say that marijuana use can benefit a pregnant woman at some point of the pregnancy and there are also others who oppose this saying that marijuana can cause no benefit and is but a danger to the yet to be born baby.

I am going to present you with the said benefits marijuana can give to a mother and the dangers it can put your unborn child into so you can decide for yourself whether it’s good or bad. But you also have to ask the opinion of your doctor just to be extra careful.

Females suffering from different kinds of medical conditions have been using marijuana as an aid even during the ancient times. The earliest that has been recorded was during the 7th Century Before Christ or B.C. According to a medical book written by an esteemed physician, many parts of the cannabis plant like the seeds and flowers were used before by the Persians and the people of China. They used them on women to prevent miscarriages, help induce contractions to those who were having a difficult time and also to prevent heavy bleeding after giving birth.

On the later years, people have developed tincture forms of marijuana that became popular in the Western countries. People used it to control and reduce a very well-known symptom of pregnancy, nausea and vomiting and also to hasten the pregnancy.

Reports about marijuana use to treat morning sickness in the past years have been rare. Maybe that is because of the law governing the use of weed and also because of the stigma attached to those who are known to be cannabis users, although there are some cultures in the different parts of the world that are still using cannabis to treat nausea and vomiting to help women who have increased appetite on the duration of their pregnancy.

Recently, it was reported that marijuana was used to treat a serious pregnancy condition called hyperemesis gravidarum where the woman experiences excessive vomiting which then causes weight loss and vomiting.

The most active ingredient of marijuana, THC, is said to be able to pass from the mother to the developing baby through the placenta. Therefore, the baby is affected by whatever amount of weed the mother may consume. Any kind of smoking can decrease the amount of nutrients and oxygen that is delivered to the fetus and this can lead to growth restriction to the fetus, miscarriage, premature birth or a stillbirth.

Some studies were done to determine the effects of marijuana after the child was born. There were studies which showed that during the first 6 months of the baby’s life, those who were exposed to marijuana use are placed at a higher risk to develop chest infections and asthma.

According to some researches when the children of the mothers who continued marijuana use while pregnant have poorer memory and verbal skills at three to four years old than the others. 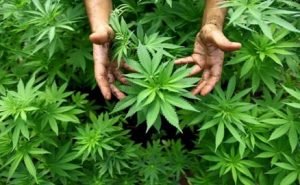 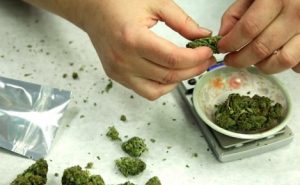 An Insight to Medical Marijuana