One reason that most states approve of the legalization of marijuana is for its numerous economic benefits. Leaders have seen its potential to provide a major economic boost. Why do you think cigarettes have not been banned? It’s because of the same reason.

Weed doesn’t only have countless of medical benefits; it will also be very helpful in gaining fiscal profit. Its legalization will certainly be a good call especially that America has been thriving economically.

Here are some economic benefits that some states should also consider:

Perhaps it’s the time the government should consider this as a new and efficient source of revenue. For one, it can be taxed just as cigarettes and liquor is taxed. Let’s face the reality that the industry still exists even in states where it is illegal. All the profit only goes to the so-called criminals who are behind its distribution. If it’s is legalized and regulated, the market is transformed to a whole new taxable industry. We are not merely talking about a small market. Cannabis is a multi-million industry. Once deemed as any kind of regulated commodity, it can turn in millions in profit for the locality.

Local governments allot millions for the prohibition of marijuana. There are task groups with the sole responsibility of tracking down marijuana growers, users and distributors. A big deal of money is allotted for the chase. Once they are arrested, both time and money is also spent by the courts for the due process. When they are finally convicted of the crime, they might spend their lives in jail. What does the government gain? Does the crime rate decrease? No. They still spend for the food and the other needs of those who are arrested because of marijuana.

The country’s unemployment rate continues to rise up. Legalization of marijuana provides another industry for job creation. We all know how vital this element is to maintain and sustain a strong economy. If the government forms programs for the regulation of medical marijuana, dispensaries will open. There will be more marijuana growers as well. There will be more opportunities for the cultivators, researchers, laboratory staff and dispensary employees. The more jobs are created, the more taxpayers the local government gains.

As mentioned, marijuana is an enormous business. Have you seen drug dealers that are struggling? No, they live in mansions and they drive luxury cars. If cannabis becomes legal and regulated, the profit will be displaced from the promiscuous criminals to licensed businesses. The regulation of how the drug will be dispensed ensures the profit of these well-established and purposeful businesses. By weakening illegal businesses, the local economy maintains safety and increases their profit.

We still have a long way to go before everything else comes into play but by sharing these facts and insights with others; the leaders can eventually see the benefits that marijuana legalization brings into the economy. The surveys say it all, the people have spoken. It may not happen now, but hopefully, we will see this being passed in more states in the future. 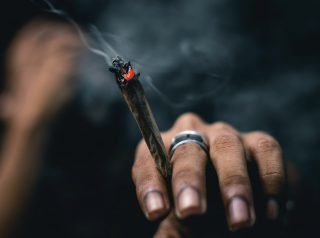 Getting high is the number one reason why people love smoking marijuana ever since it was introduced. But did you … What Are The Creative And Fun Things To Do While High?

What comes next after getting high? That depends on why you used cannabis in the first place. Some of you … Page Content A Beginner’s Guide to CBG: The Mother of the Cannabis FamilyWhat Is CBG All About and What Makes …