MENUMENU
Home » All articles » Accessories » Marijuana E-Cigarette: Are They Safe To Use?

Marijuana E-Cigarette: Are They Safe To Use?

The ill-effects of tobacco are common knowledge. Yet, it did not stop people from smoking. Over-dependence on nicotine, moreover, has prevented many from quitting. On this premise, enterprising individuals came up with a healthier alternative – or at least, that is what they say e-cigarettes. Should you say yes or no to these products as a safer method of consumption compared to joints or blunts?

Marijuana E-Cigarettes: What You Need To Know

An e-cigarette, also called a vape pen, is a vaping device designed to look like a real cigarette. Primarily, it consists of a battery, sensors, an atomizer, a cartridge, and a mouthpiece. Instead of tobacco leaves, or ground marijuana buds, it uses an e-liquid or e-juice. Some models, however, are compatible with dry herb, wax concentrate, or hash oil.

An e-cartridge, both refillable or replaceable, can be loaded with marijuana in liquid form. Turning it on activates the sensor. Within seconds, the atomizer or the heating elements warm up the liquid solution, converting it into vapor you can inhale through the mouthpiece.

From 2017 to 2018, in Colorado, the sales of cannabis concentrates (including vape products) increased by 78%, contributing heavily to marijuana state revenue reaching $1 billion. Flowers still dominate the market share, but the gap continues to diminish over the years. The only logical conclusion is that plenty of people think that there are compelling reasons to use an e-cigarette.

Smoking joints, in theory, pose the same risks as tobacco. Combusting the dried herbs releases toxic by-products, including irritants and carcinogens. Even though there are fewer risks of pulmonary complications compared to tobacco, the danger is no less significant. Vaping marijuana e-cigarette, on the other hand, is an improvement over smoking. One study, for example, indicates that vaporization reduces pyrolytic smoke compounds, decreasing respiratory symptoms while delivering the same therapeutic doses of cannabinoids.

One thing to keep in mind, though, is to exercise due diligence when buying concentrates. In one report, over 80 products from 31 companies were analyzed. Only 31% were labeled accurately, with the rest either over or under labeled. As an option, you could grow marijuana and do the extraction yourself to ensure its purity.

E-cigarettes offer a convenient and discreet way of consuming marijuana. Being small, lightweight, and battery-operated, you can bring them practically anywhere. They even come in sleek, inconspicuous designs that do not resemble a smoking tool at all.

They also activate fast – all you have to do is press a button and inhale. Some higher-end models automatically activate when you draw vapor. Also, they do not produce any overwhelming odor – less attention, more discreet.

Some high-end models of marijuana e-cigs can cost you a whopping $300. You don’t have to shell out that much, though, as there are plenty of decent, affordable e-cigarettes costing between $50 to $100.

Apart from the cost of the device, vaping is also cost-effective for another reason. Vaporized marijuana, according to one study, produces more significant pharmacodynamic effects and higher concentrations of THC in the bloodstream compared with equal doses of smoked cannabis.

Recently, an outbreak of lung injury as a result of vaping and the use of e-cigarettes was widely reported. Of concern is Vitamin E acetate used as an additive in the e-liquid. The stakeholders, including CDC, FDA, and others, have identified it as the cause of EVALI – a lung diseased caused by vaping. Quite notably, its presence is mostly found from informal sources – online retailers, friends, or even family.

The importance of obtaining THC/CBD e-liquids can never be overemphasized. Avoid informal sources. You can purchase them from trusted, reputable stores. In the UK, for example, licit products do not contain Vitamin E acetate.

Apart from this synthetic additive, there is little to no evidence found that other chemicals found in e-liquids are harmful. There is also no proof that they are safe. Some other things you have to think about before saying yes to vaping marijuana include:

The market for electronic cigarettes – and vaping products in general – is still mostly unregulated. Without proper standards and testing, it is easy to come across mediocre products with questionable formulations, quality, purity, and safety. Some, as stated above, might be laced with toxic chemicals, exposing you to health dangers.

To be safe, stick only to reputable brands at all costs. Go online and look for customer reviews. The company should also be transparent and disclose the actual ingredients and formulations of the product. Stay away from sketchy websites. Don’t be tempted to buy that ridiculously cheap THC liquid.

Marijuana e-cigarettes typically don’t contain nicotine. But some products do. It is in your best interest to steer clear of nicotine-containing e-cigs.

Aside from being addictive, nicotine may also have hazardous effects on different parts of the body, including the heart, lungs, gastrointestinal tract, eyes, kidney, immune response, and reproductive organs. It can also cause cancer.

May Contain Harmful Solvents and Additives

Cannabis liquid or oils contain thinning agents like propylene glycol and polyethylene glycol. When heated to 230°C, these can degrade into formaldehyde and acetaldehyde – both being known carcinogens.

But keep in mind that 230°C (446°F) is too high for vaping. Go beyond that, and you risk losing some of the cannabinoids and terpenes.

The optimal vaping temperature sits between 180-210ºC (356-410ºF). Unfortunately, low-quality e-cigarettes sometimes have faulty heating coils, warming up the THC or CBD liquid at excessively high temperatures. This is why you should never get your e-cig from illicit sources.

Certain e-cig flavoring chemicals have also been linked to adverse health effects, such as bronchiolitis and other severe respiratory diseases. The suspect chemicals included diacetyl, acetylpropionyl (2,3-pentanedione), and acetoin.

E-cigarettes are being promoted as safer, more appealing alternatives compared to smoking. But while some studies suggest that vaping may be less harmful, the evidence is still inconclusive. More importantly, how e-cigs affect the body, in the long run, is mostly unknown. But then again, it is the case with many marijuana-related products due to limited research.

So, Should You Use Marijuana E-Cigarettes Or Not?

Marijuana use – vaping included – is a matter of personal choice. But before making a decision, ensure that all the vital facts – particularly the pros and cons – are laid out. You don’t want to dive into an endeavor – or dismiss something altogether – without knowing the whole picture.

Marijuana e-cigs have many advantages. If you prefer inhaling your weed but is averse to smoking, then it is for you. On the surface, it appears to be safer, introducing fewer contaminants and toxins into the body. And if you don’t want to get stoned, then you can opt for CBD-only liquids. It is also convenient, discreet, and cost-effective. It is not surprising that both recreational and medicinal users want to try them out.

But e-cigs do have some downsides, which mostly come down to the unregulated market and the lack of research. If you are not careful, you might end up with low-quality products that can pose serious health risks. Moreover, no one knows how vaping products will affect the lungs – and the body in general – after using them for many years.

For tobacco smokers, e-cigarettes are not merely a healthier alternative. It is also a means to wean off nicotine dependence. Of course, manufacturers and brands have also “marketed” it as being safer than smoking joints, blunts, or spliffs.

Based on current research, and considering the warning of CDC, FDA, and other health agencies, the risk of EVALI is high when you buy e-liquids from obscure, dubious sources. Buy them from reputable sources, and you could reap the benefits of vaping. 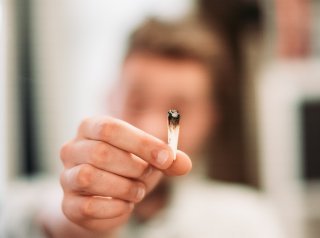 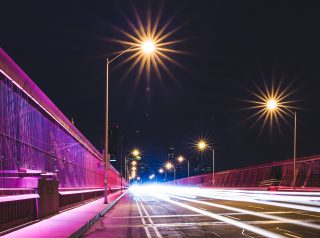 The sun is the best source of light for marijuana plants. Not everyone, though, has the luxury of growing outdoors. … 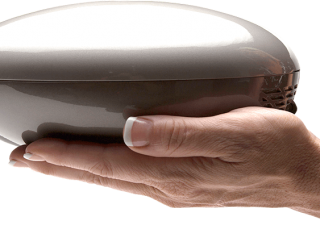 What Kind Of Marijuana Vaporizers Can You Use?

Smoking joints, unsurprisingly, is the most common method of marijuana consumption. It is fast-acting, with the effects kicking in within … 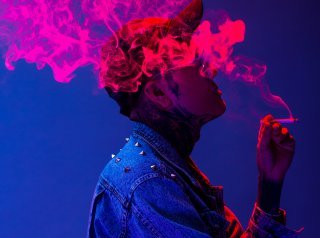